The 2015 Big Android BBQ is only days away, and the anticipation is getting feverish. Techies are buzzing about the #BABBQ on social media (even on Google+, which still exists), and readying themselves for a feeding frenzy both literal and figurative. It’s the most exciting time of the year to be an Android lover.

When our newest officemate admitted that he’d never heard of the Big Android BBQ, we were shocked. Saddened. Deeply confused, and a bit hungry. How was this possible? We couldn’t let the poor fellow wallow in ignorance a moment longer.

So we wrote him a brief guide to the Big Android BBQ. If you know someone who is similarly oblivious to this great American festival, please share this with them.

What is the Big Android BBQ?

Who can attend the 2015 Big Android BBQ?

Is there anything else I should know about the 2015 Big Android BBQ?

What is the Big Android BBQ?

It’s a finger-lickin’ awesome developer event that combines education, entertainment, and delicious ribs. Each year the event has a different theme. This year, the theme is Android Performance Patterns, which focuses on optimizing performance of Android applications.

The BABBQ is held in Hurst, Texas. According to the city’s official website, it was incorporated in 1952 and derives its name from William Letchworth “Uncle Billy” Hurst, a prominent landowner in the early 20th century. Uncle Billy would be proud to know that his humble town has become the center of the Android universe, though he’d probably have no clue what an Android is.

The event will be held from October 22-23. The memories will last for years, though, and the meat comas perhaps even longer.

Who can attend the 2015 Big Android BBQ?

The BABBQ cheerfully welcomes “developers, enthusiasts, technologists, and tinkerers…[a]nyone with a passion for our favorite little green bugdroid!” The event’s organizers, the International Developer Education and Advocacy Alliance (IDEAA), are very nice people.

A lot of people. Some of the biggest companies in the tech world will be represented, including mega-heavyweights like Google, Facebook, and Sony. Some notable names include Brian Quimby (spreading some wisdom about Google Play), James Williams (making Material Design more intuitive), and Daniel Gaplin (teaching developers how to boost app performance while wearing unusual hats).

Is there anything else I should know about the 2015 Big Android BBQ?

Yep. In addition to providing great networking opportunities, belt-bursting meat plates, and remarkable insights about all things Android, the BABBQ also helps support important causes. This year the event will be raising money for Rapha House, a non-profit organization that fights human trafficking and the sexual abuse of children. The organization, which was founded in 2003, works to rescue children from slavery and exploitation and help local communities build a safer, brighter future.

This commitment to improving the world in tangible, practical ways is one of the reasons NUU Mobile is proud to be a sponsor of the 2015 Big Android BBQ. We’re thrilled to have an opportunity to support so many bright, passionate people. This is special, and we’re glad we can be part of it.

Hope to see you there — if we’re covered in barbecue sauce, please don’t judge us! 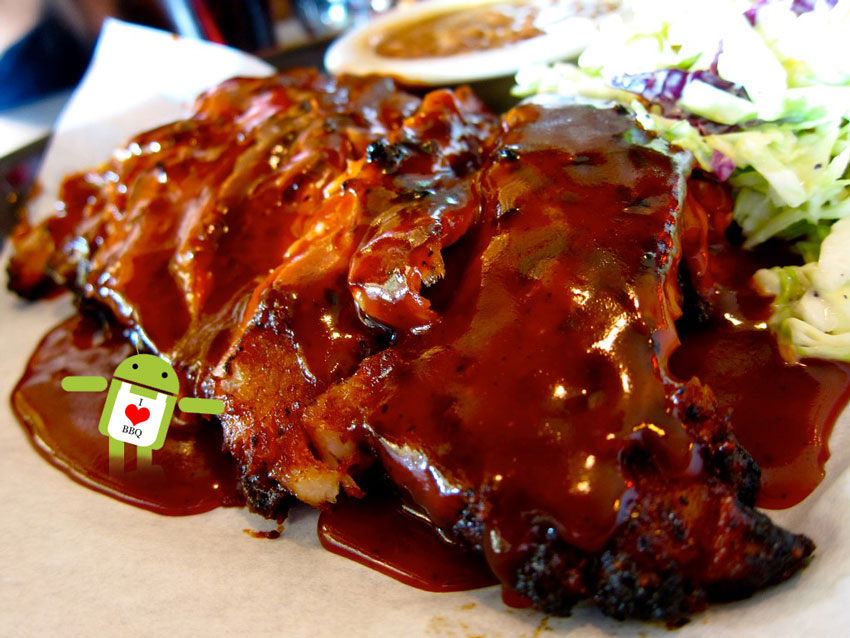