Is Your Smartphone Infected With Evil Bloatware?

If you have an Android smartphone, you probably also have bloatware. 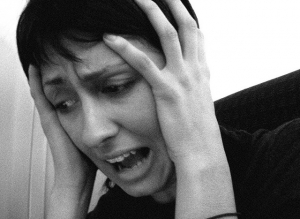 Don’t panic. Well, maybe panic a little. Weep and tear your garments. Set your office chair on fire, then run screaming out of the room.

Wait, Why’s It On My Phone?

Is There Any Hope?

Bloatware comes pre-installed on your phone, in the form of apps. These apps are mostly useless or redundant — which wouldn’t be so bad, except they’re also nearly impossible to delete. And so they lurk in the darkest nether regions of your phone, sucking up precious RAM and storage space, slowly draining your battery of life. Bloatware is a giant leech, and you are its host.

..they hide the malicious files in places you’re not supposed to access.

Wait, Why’s It On My Phone?

“My heavens,” you’re gasping, “why would this stuff be included in the first place?” The short answer: because life is cruel. The slightly longer answer: because bloatware is profitable. Mobile carriers and manufacturers make sweet, sweet money from bloatware — and often use it to gather information about users, as well.

People have been complaining about bloatware since the dawn of time (or the advent of Internet message boards, whichever came first). Yet solutions remain elusive. A few brave nerds have devised ways of removing bloatware, but their methods are incomprehensible to average users. And even if you’re able to decode the endless lines of technobabble, you’re still in for a nasty surprise.

Since carriers and manufacturers have no desire to let you remove bloatware, they hide the malicious files in places you’re not supposed to access (like the system folder). If you do manage to hack your way inside, BAM! Your warranty is voided, and your phone spontaneously combusts*.

*Or your system might just crash. Either way, cue the sad trombone.

To be fair, some highly skilled tech-wizards are able to completely cleanse their phones without wrecking anything. The process is called “rooting”, and it’s just as difficult and unpleasant as it sounds. It can work, but it requires patience, finesse, and a level of expertise that most people simply don’t have.

Is There No Hope?

So, if you’re a member of the unenlightened general public, what can you do?

Your first option: live with it. Get used to slow downloads, glitchy apps, and a permanently thirsty battery. Make peace with the idea of a multinational corporation harvesting your data to sell you junk you don’t want or need. Convince yourself this will somehow build character.

Your second option: buy an expensive phone that comes with minimal bloatware. Like most problems in life, this one can be solved by throwing bushels of money at it. Your kids probably aren’t going to be college material, anyway.

If neither of those sound appealing, maybe you’d be interested in NUU Mobile. 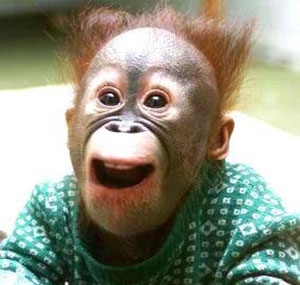 This is your brain on NUU.

With smartphones ranging from $99 to $299 (or roughly the cost of a nice iPhone case), NUU Mobile is a solid choice for people looking to banish bloatware without breaking the bank.