Why Doesn’t My Phone Have Marshmallow Yet?

Confused by the Android update process? You’re not alone.

“Be together, not the same.” Android’s warm-n-fuzzy advertising campaign is now two years old, but its message is relevant as ever. Compared to the one-size-fits-all iUniverse, Android embraces a delightful diversity of ideas, products, and people.

But there’s a catch.

Gettin’ those mittens on a single kitten would be challenging. But now imagine you have a hundred cats. The job becomes much, much more complicated.

Essentially, this is how Android OS updates work. The role of “you” is played by Google, wireless carriers, and manufacturers. And the “cats” are phones.

With so many folks involved, it’s no wonder the update process can be long and frustrating. And there’s no easy scapegoat, despite the hordes of furious Twitterati casting judgment 140 characters at a time. Complex questions have complex answers.

But let’s see if we can simplify things a little. Here are three reasons you’re still stuck on Lollipop, KitKat, or (yeesh) Froyo. 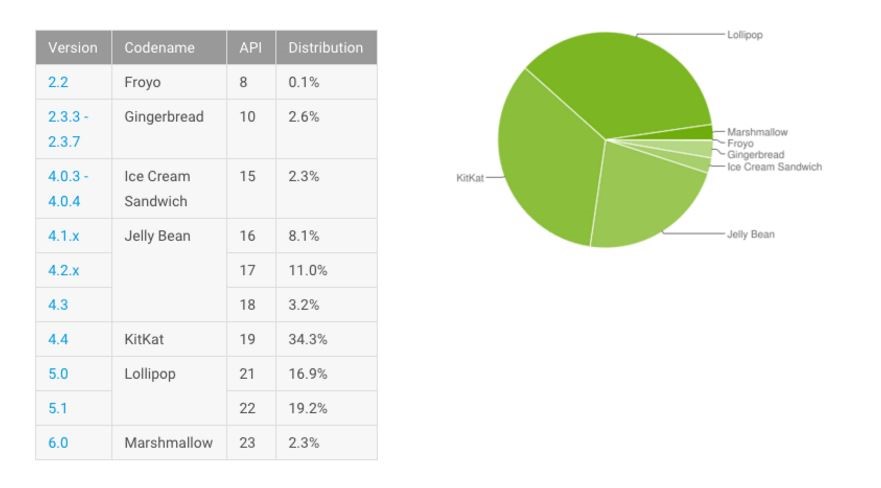 Google has a lot of cooks in the kitchen.

When the warlocks of Cupertino decide to update iOS, their job is relatively easy. The neat homogeneity of Apple allows them to devise a single solution for a single lineup of phones. If you’re a user, you just have to wait until the Internet explodes with “OMG new iThing!” — then you check Settings, click “Update”, and voila!

The Android landscape, on the other hand, is much messier. Google needs to deal with multiple chipset makers and device manufacturers. This diversity has always been one of Android’s strongest selling points, but it does lead to some inevitable complications.

What works for Phone A might not work for Phone B. And don’t even mention Phone C, which is coming out next month, or Phone D, which launched when Justin Bieber still seemed like a nice young man.

To put things in perspective, there are over 24,000 different kinds of Android devices in the world. Designing an update that’s compatible with even one-tenth of them would be a massive task. That Google manages the feat at all is a small miracle, and a testament to the hard work of thousands of dedicated developers.

Carriers slow down the process. 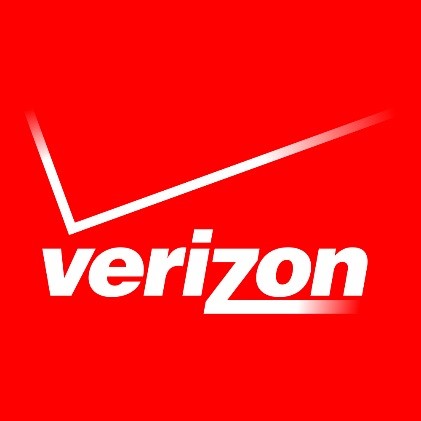 If you read our story about bloatware, you’ll remember that carriers like to pre-load their own apps onto your phone before you buy it. While this might seem like a minor annoyance (no human being alive wants and/or needs VZW Messenger, so why’s it taking up valuable storage space?), bloatware causes other problems, too.

Carriers need to test their devices with every version of a new Android OS, from beta to final release. Their devices need to be secure, and they also need to be compatible with all the new features. What’s the point of having Marshmallow if you don’t get Android Pay, Now on Tap, or Doze?

Unfortunately, bloatware makes this more difficult than it should be. Getting all those extra carrier apps to play nice with the new OS takes a lot of blood, sweat, tears… and time.

This is one of the reasons unlocked phones have surged in popularity over the past few years — they often receive updates faster than their carrier-branded counterparts. Unlocked phones aren’t tied to any specific carrier, so they can get updates directly from the manufacturer.

Which brings us to our final point:

OEMs have a steep learning curve.

It’s not easy to build updates for a whole new operating system — which might explain why only 7.5% of Android devices run Marshmallow, even though the OS was released back in October 2015. This isn’t a new problem, either. For years, even international megacorporations like Samsung have been criticized for their slow updates.

So what makes these updates so difficult to execute? Imagine playing a game of Jenga — change something at the bottom, and the effects reverberate all the way to the top. If you’re not very very very careful, the whole thing could collapse in a second.

This isn’t a big deal when you’re talking about a pile of wooden blocks, but it’s a different story when credit card numbers, home addresses, and other sensitive pieces of information are at stake. An OS update that isn’t 100% secure can cause some major headaches for users — and no company is eager to piss off thousands of loyal customers. 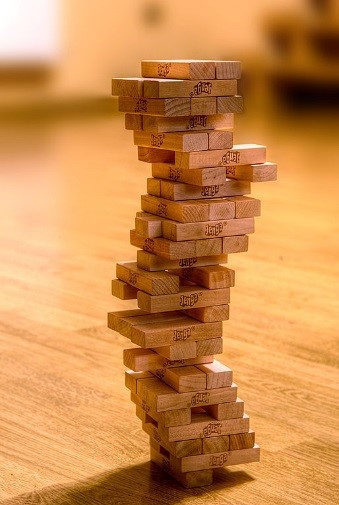 This puts OEMs in an uncomfortable position. They can either rush an update to market (and risk exposing their users to major security issues), or they can take their time to “get things right” (and risk alienating users who demand the latest and greatest ASAP).

Maybe now you can see why PR people hate getting the question, “So when’s Phone X going to Marshmallow?”

In the interests of full disclosure — NUU Mobile hasn’t upgraded its devices to Marshmallow yet. We said we would, and we haven’t. There’s no way of sugarcoating that unpleasant reality.

But we’re not giving up. Our engineers are busting their butts every day to push Marshmallow to our new devices, and to keep up with the Android Security Patches that protect you and your personal information. We haven’t perfected the process yet, but we’re getting better.

In the meantime, we’d love to answer any questions you might have about Marshmallow, software updates, or Android in general. You can ask us stuff on Facebook, or hit us up on Twitter, or even chat with us live on our website.

We can’t promise that we’ll always have the perfect answer, but you can be sure of one thing:

We’ll always be honest. And we’ll always treat you like a real human being.

Be together, not the same. It’s more than just a slogan — it’s a worldview.

We can’t wait to hear from you 🙂